Ondoy. Such extraordinary day deserves a name. Today is September 26, 2009.

As I write, rains continue to pour. We were watching the Inconvenient Truth when the power was just shut down by Meralco a few minutes ago. I have seen the film twice before; but my family hasn‘t. I was hoping I could explain to them why there is a day like Ondoy. I hope the movie can help explain:

why most of our neighbors have to leave their homes for ours;
why the roof of cars on the street are no longer visible;
why the dogs have to tippaw on the fence post;
why rubber boats ply the streets and with dogs on them (I don't know where kids' questions come from sometimes); and
why I write about the things just in front of me (but they do make sense more than we adults often realize);

The Inconvenient Truth is that, at this very moment, far, far worse things, I fear, are happening to others somewhere else. There are millions others whose houses are located in lower elevations than ours. Have they been rescued, found temporary refuge? The rain rampages still. It’s 4:35pm and it’s getting dark. Have all families been brought to safer places, where it is dry, where there is warmth, where there is food and water?

Vantage Point: a village in Marikina 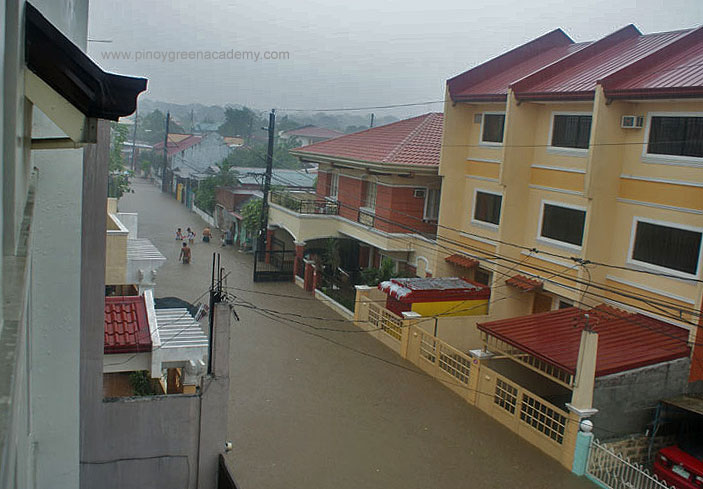 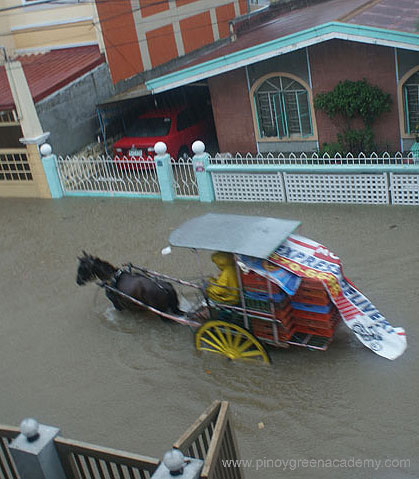 In the 90's we had to leave our house for temprary shelter twice for the flood waters reached dangerous levels. We moved residence to QC, and the second time, to Pasig. In each, we rented small apartments until we were able to save enough and rebuild (raise the floor level of the house). In both instances, we lost almost everything, at least those which the flood waters can destroy. 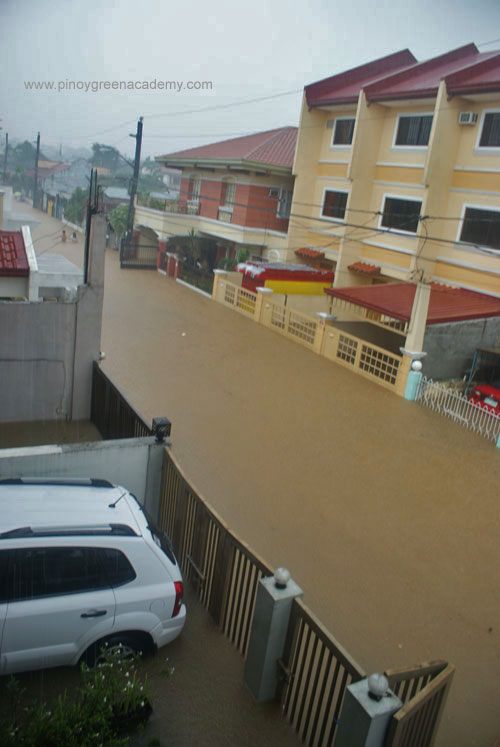 When I got married, we decided to tear the old house down and build an entirely new building. I vowed similar disasters will not drive us away another time. Of course, the flood occurences in the last 10 years were much tamer (6 inches max) and are gone a few minutes the rains stop pouring. Thanks to the flood infrastructure the Marikina city government has built. 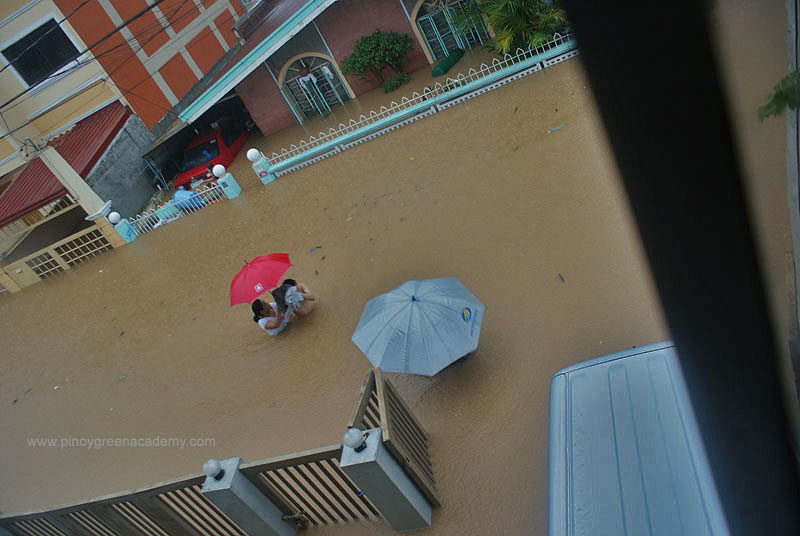 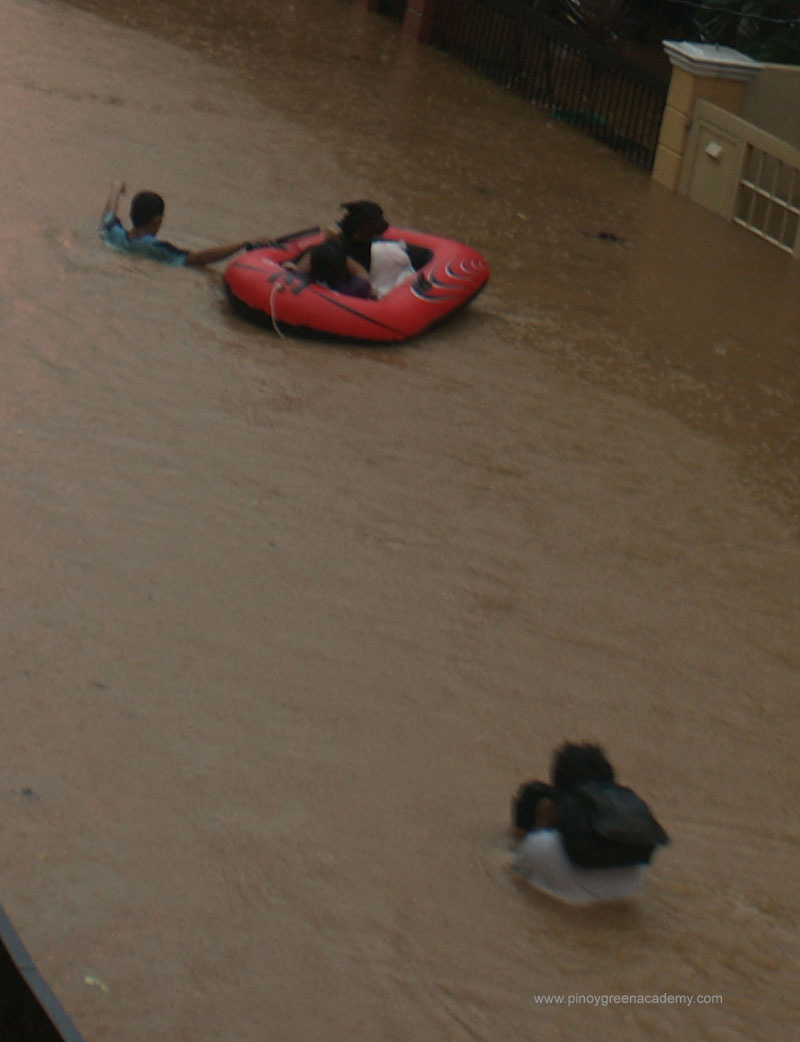 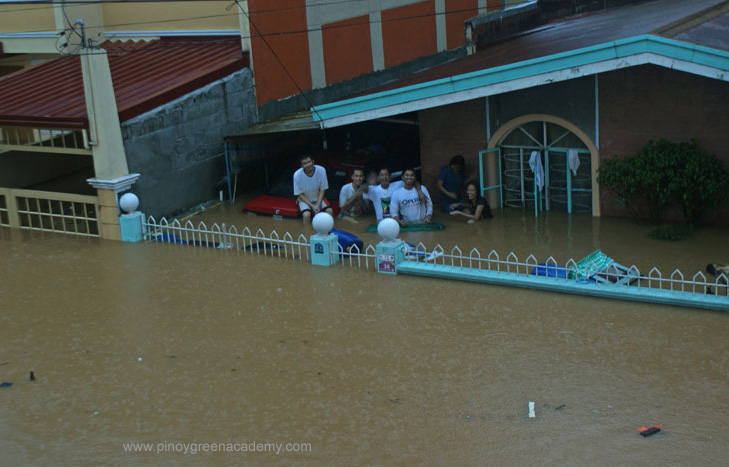 UPDATE: It's Monday noon. It's just now I got to access the internet. I was, disappointingly, depressingly correct, far worse things have happened around us. Electricity came back to our home late afternoon yesterday; and it was only then we saw video footages of what happened, what scale, what words would fail to express, and even as we watch, certain things just seem unreal, beyond comprehension. 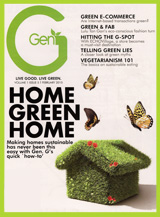